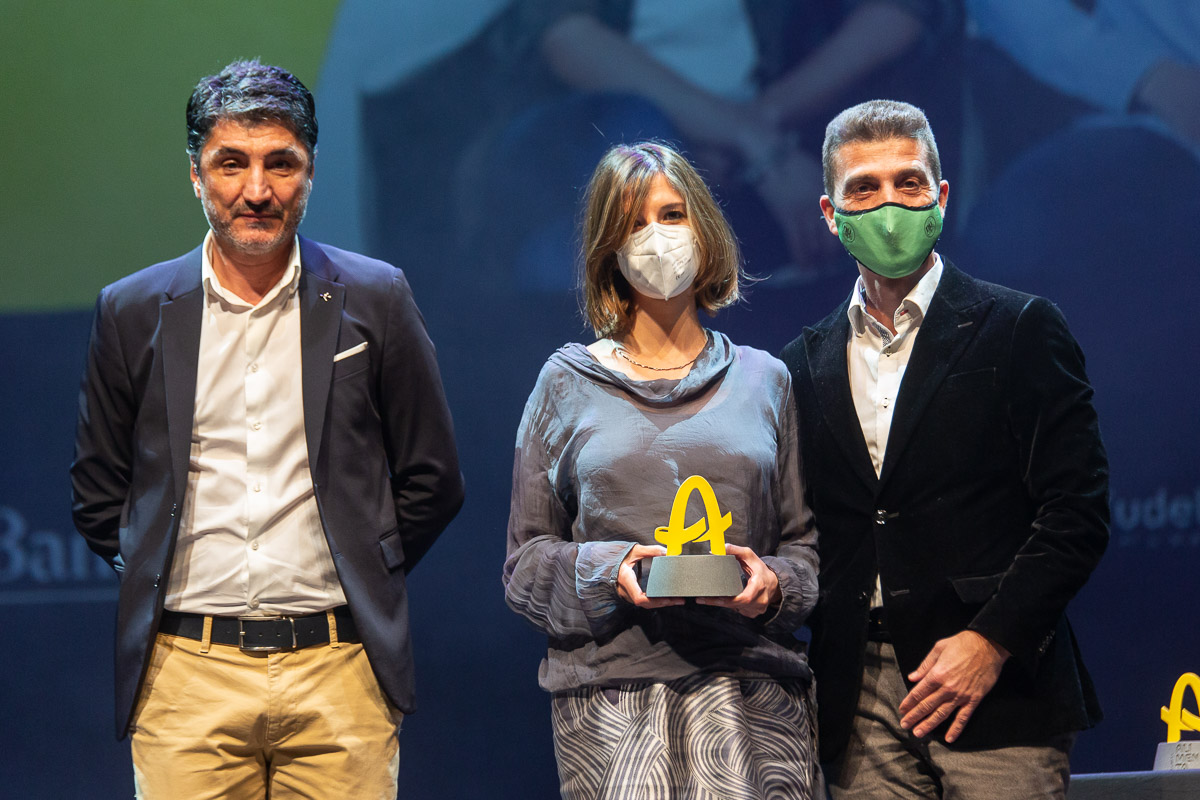 November 23th 2021, will go on to be remembered as one of the most special days of the short (but intense) career of Nucaps Nanotechnology. As a result of effort and a job well done, the Nucaps family has received several recognitions throughout these 5 years of history. However, doing it in the land where we were have born is always a source of pride.

A few weeks ago we received excellent news from Navarra Capital: we were going to be awarded the Alimenta Navarra 2021 Award for Innovation. And it was precisely yesterday (November 23th) when we received the award at the Gaztambide Theater in Tudela. It was from the hands of Domingo Sánchez, President of the Ribera Company Association (AER), who congratulated himself on “the innovative character of a company like Nucaps, even more so in a scenario such as Agro-food“.

Mariano Oto: “The Agri-food sector is going to be the new automotive industry in Navarra in the future“.

The responsibility of collecting the award fell on the CEO of the company, Mariano Oto, and Ana Broton, RD Manager of Nucaps. Oto was in charge of offering a speech in which, with great pride, he highlighted some of the merits reaped by the company: “We are the first company in the world that has been able to encapsulate ingredients using dietary proteins and we are in Navarra “.

The CEO of the start-up wanted to show that our laboratories are designing “the food of the future, with natural, sustainable and safe ingredients“.

There was also time to recognize and encourage the rest of the winners, as well as the entire fabric of small and medium-sized companies that are driving some of the changes that place our Community at the forefront of innovation. An innovation that, in addition, will be closely linked to the world of Agri-food, according to our CEO: “The Agri-food sector is going to be the new automotive industry in Navarra in the future“.